There have been many articles about this judgement in the Supreme Court, the contents of which, should now be followed by every Landlord who wants to secure vacant possession for the redevelopment of a property.

To remind you, S Frances were a famous Carpet and Furnishings Retailer, occupying a prime site on the corner of Duke Street, St. James’s and Curzon Street, under The Cavendish Hotel.

The Cavendish went to Court, on lease expiry, with the intention of gaining vacant possession on a scheme which they admitted was only designed to satisfy the Landlord and Tenant Act provisions. They stated that they needed the space for substantial reconstruction, and could not do the works without vacant possession of the entire holding.

The Judge, in the first instance, ruled in their favour, with the proviso that they had to carry out the actual works, even if they put the premises in jeopardy.

The works were to reposition smoke vents for no reason, removing a ground floor wall and replacing it immediately, and part lowering of the basement floor, which would create a stepped floor.

The Supreme Court did not agree, ruling that a conditional intention to redevelop, based on whether the Tenant would leave voluntarily or not, was not sufficient to establish a ground for possession.

The works satisfied the provisions of the Landlord and Tenant Act 1954, but the Landlord’s genuine intention was questioned because he admitted that he was only doing the works to secure vacant possession.

A tricky one in Law, but a moral question to be answered, when one considers the “intention of the Parties”.

So, where do we stand now?

1) If a Landlord wants to redevelop, get ready early, perhaps being ready to serve a Section F Notice, determining the tenancy a year less a day before expiry. 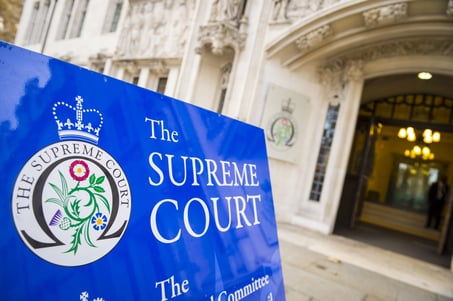 2) If the Landlord’s intention to redevelop could be perceived as less than genuine, then anticipate the determination may be challenged, especially by a Tenant who wants to either;

3) Realise that, if the Tenant demands a new lease, the vacant possession date may be deferred by at least a year, if not more, because of the way the Courts work.

4) Take careful notes of every meeting, internal emails, proposals and appointments of project managers etc., to be able to satisfy the Court that your intentions are completely genuine.

5) Indelibly remember the Acid Test stated by the Supreme Court and “intend to do the same works as you propose if the Tenant left voluntarily”.

As a result of the Supreme Court decision, we may see more Tenants questioning the credibility of their Landlord’s intentions to redevelop, meaning Landlords will now be under pressure to provide further evidence when looking to recover possession of their property.